We're gonna make this a quick one, kids, cause Irene is a-comin', and we need to get the hell off the Carolina coast. 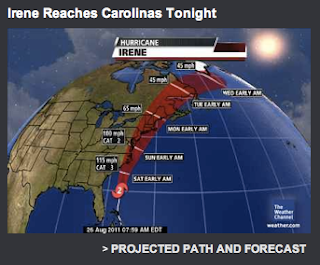 So here's a few links to get through the weekend.

Groom-Friendly Designs on the Bridal Blogs
THE ULTIMATE SOUTHERN ESCORT CARD FINALISTS: HONEY BEE INVITES, PART II
via Southern Weddings Magazine
Despite my vegan lifestyle (or not despite, but rather contrary to that lifestyle), I have to share this escort card idea from Honey Bee Invites. Give the Southerners what they want: a big ol' piece of fried chicken.

(Also check out this entry in their Southern Escort Card contest: s'mores to go, with separate styles for the mens and the ladies.) 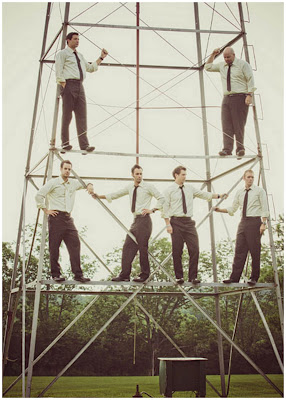 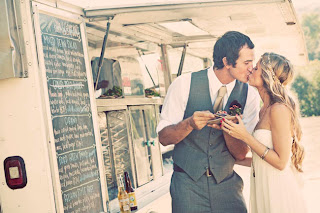 Mid-wedding food truck break ... via Green Wedding Shoes
FAVOR IDEA: PROPOSAL FLIP BOOKS
via Aisle Say on Brides.com
Ok, so not a brand new idea (one that I mentioned before in my DIY Magazine article), but a new interpretation of it + a video to get the full flipping experience.

And because I have to...

NERD CHIC AT SECRET HEADQUARTERS
via The Knotty Bride
I posted about this earlier in the week, but I'm shameless: 2Es most recent engagement shoot was featured on TKB last weekend. Nerd chic. Video games. And a food truck devoted to bacon. It's not groom-approved. It's a groomgasm. (Groom orgasm.)