2E's crossed Invite the President off her to-do list this week, marking the last of our wedding mailing duties... 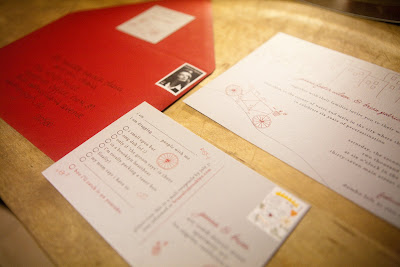 En route to the Greetings Office, Room 39
... or so she thought.

Inviting the Commander-in-Chief and the First Lady is customary for couples; though, in this case, we'd actually be thrilled to have Barack and Michelle cut up the floor at our wedding. Other traditional invitees include VP Joe Biden, Secretary of State Hillary Clinton, your state Governor (or Governator), Pope Benedict XVI, Queen Elizabeth II and Mickey & Minnie Mouse, courtesy of the Walt Disney Company.

But aside from the cartoon character appeal, I think I'd be a bit more selective with my "bonus invites." 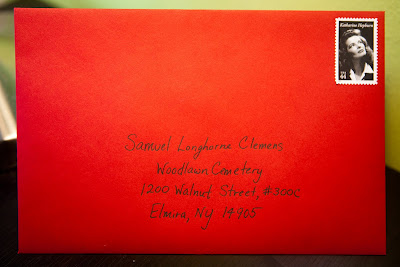 A Connecticut Yankee in a New York Cemetery
Mark Twain: Aside from the fact that he's a personal hero of mine, here's a guy who would absolutely get the whole "ceremony in a bookstore" theme. And if he didn't manage to respond from the grave, I think I could forgive him. Then again, if he did muster up the strength to RSVP and wanted to join us on the big day, it would be the best Thriller tribute ever. 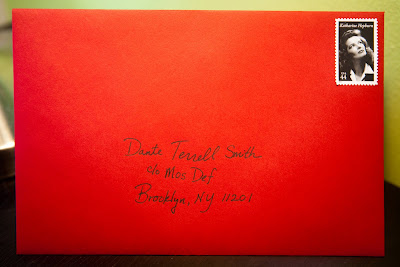 A Bed-Stuy Guy
Dante Terrell Smith: I wanted to throw a true, Brooklyn native into the mix, and who better than actor/rapper/hip-hop icon Mos Def. And, if he were to RSVP "Yes," the Mos exciting thing at the wedding would without a doubt be some post-dinner freestyle goodness. I may even save a seat for him at the Rehearsal Dinner. 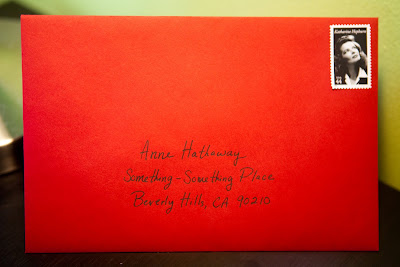 Let's keep the Rachel Getting Married puns to a minimum
Anne Hathaway: The Bride Wars/Alice in Wonderland star is certainly a shot in the dark (I'd say Mark Twain is more likely to show up), but she is working on a new film -- The Fiance -- so maybe she'll write it off as "acting research." On the other hand, if she's occupied or just plain uninterested, I wouldn't be disappointed. I think most guys would be thrilled to get rejected by Anne friggin' Hathaway.