I understand many of you were unable to sleep at night while awaiting the Ultimate Groom announcement from The Man Registry. For that reason, I waited an extra day to share the results.

Congratulations to TRENT McCOOL, winner of the Ultimate Groom Contest!

Now, look, I don't want to be "that guy" today -- but Trent essentially found a loophole in the system, and that's how he was able to conquer the other men. See, nowhere in the contest rules did it exclude robot grooms ... and that's precisely what Trent is. A robot groom. Trent is a robot.

(Hey, I was a judge. I had certain privileges.) 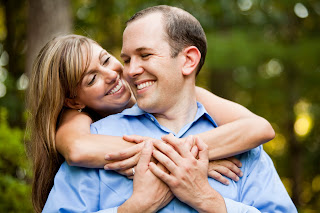 Robot hands. Robot smile. Manufactured robot happiness.
Seriously though, the guy published a book of their email correspondence. He, like me, is doing long distance planning. And a long distance relationship. He's booked the DJ and will be booking the caterer shortly. He talks to his fiancee about life and the future and stuff. He made Save the Date magnets, for chrissake. He's a damn robot. And because The Man Registry did not have the foresight to include a "no robots" clause (it is 2010, men!), this is the result. He is victorious. He gets a bunch of free stuff. So, whatever. Congratulations Trent ...