The (Father of the) Groom Says

Some days, when the wedding moons align just right, I'm able to take a step back, look at this wild whirlwind of an industry, and I think, How the hell did it get like this? I don't remember weddings being this complicated when I was a kid. Back then they were pretty formulaic: one-hour church ceremony, cocktails in the lobby outside the banquet hall, and a three-hour seated reception with minimal decor, cake and the same 20-song playlist. There was no need for a "groom blog" in those days. There was hardly a need for grooms at all...

I decided to consult the one person who I knew would give me a straight answer: my Dad. And with his 30th wedding anniversary a little over a month down the road, I imagine he knows more about marriage than any blog or blogger could claim to know. It was a privilege to pick his brain, and it's a true honor to call him my FOG.

SO DAD -- NOT THAT YOU NEED TO SELL ME ON IT OR ANYTHING, BUT WHAT ARE THE TOP 10 REASONS WHY YOU WILL MAKE A GOOD F.O.G.?
10.)  I've been working out so I can be in shape for the wedding ... with the added benefit of being able to see my shoes should they become untied.
9.)  I believe that a good FOG, like a good groom, is there to provide moral support, not to intervene in the wedding plans.
8.)  I do not become rowdy if I indulge in one too many martinis. I just fall asleep.
7.)  I do not intend to mention those embarrassing moments of yours when making small talk at the reception. Though there are many of them and they are pretty embarrassing.
6.)  I will not request the electric slide.
5.)  If I get to dance with my new daughter-in-law, there is a less than 17% chance that I will step on her foot or kick her in the shin.
4.)  I will do my best to keep the MOG in line.
3.)  I can hand-wash dishes should the cost of the reception exceed your budget. 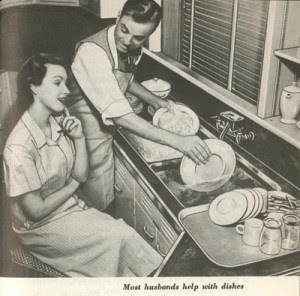 2.)  I am thrilled about the prospect of having 2E’s as my daughter-in-law.
And the number one reason is ...
1.) Other than being your father, FOG is a position I have been looking forward to all of your life.
WOW. WELL, #6 WOULD HAVE BEEN SUFFICIENT, BUT THANKS FOR COMING PREPARED, DAD! DO YOU HAVE ANY UNIQUE QUALIFICATIONS FOR THE POSITION?
Yes, but by wearing my hair long and avoiding direct eye contact, it is doubtful that anyone will notice.
ACTUALLY, I THINK THAT'S A QUALIFICATION IN ITSELF. YOU WERE MARRIED BACK IN MAY OF 1980. WERE WEDDINGS THE BEASTS OF BURDEN THEY ARE TODAY?
It is amazing that MY 2E’s and I were able to plan a wedding back then, prior to the existence of the internet and bridal websites, e-mails, cell phones and iPhones, twitters, blackberries, Bridezilla cable shows, shopping networks and satirical blogs. Come to think of it, maybe we did have it easier in those days...
My folks were a hot couple back then. That red print carpet ... not as hot.
WERE YOU EXPECTED TO CHIP IN OR BUTT OUT?

MOG and I split the planning 50-50. She planned the wedding and I planned the honeymoon. They were nearly equal tasks in those days.
BAND OR DJ?
Ours was a simple reception at my new in-laws' home with a few close family members. No band or DJ, but I do recall someone turning on the radio.
SNAZZY! IF IT WAS UP TO YOU -- IN A PERFECT WORLD -- WHO WOULD HAVE PLAYED?
I initially thought the Beatles, a band that had a few hits during my high school and college years ... but I'm going to go with the G-CLEFS, a group I became friends with during an endless summer at the Beachcomber in Cape Cod after graduating from college. 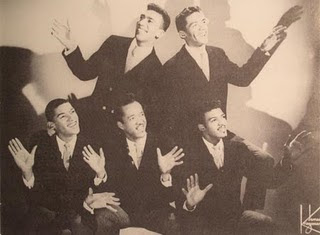 THEY LOOK LIKE A ROWDY BUNCH. WERE THERE ARE ANY DAY-OF CATASTROPHES?
Our church required us to attend a weekend retreat on marriage before we exchanged vows ... which we forgot to attend. Since our wedding and honeymoon plans were set, a postponement was not an acceptable alternative. Fortunately, we convinced the Priest that we would be responsible adults in marriage, albeit a little forgetful.
YOUR 30TH ANNIVERSARY IS FAST APPROACHING! SO WHAT'S THE SECRET TO ALL THIS MARRIAGE STUFF?
It really isn’t a secret. If you truly respect and love each other, the relationship will last. If not, oh well.
WELL SAID, DAD. BUT HOW ABOUT A LITTLE ADVICE ON HOW TO GET THROUGH THE BIG DAY? YOU OWE US THAT MUCH...
Five shots of your favorite liquor an hour before the ceremony should do it. Add or subtract a shot for every 20 pounds above or below 170. Vodka eliminates the need to follow up with a package of breath mints. Possible side effects include vomiting during the exchange of vows.

GLAD YOU'LL BE THERE WITH ME, DAD ... TO (AT VERY LEAST) TAKE RESPONSIBILITY FOR MY ACTIONS WHEN I'M CHUCKING AT THE ALTAR. THANKS FOR STOPPING BY!
Posted by Brian

Email ThisBlogThis!Share to TwitterShare to FacebookShare to Pinterest
Labels: Father of the Groom, FOG, The Electric Slide, The G-Clefs, The Groom Says, The Secret to Marriage