Hangover 2: A Not Review

Let me start off by saying how sorry I am. I'm really, really sorry.

Here you are. You came here thinking you're going to read some kind of critical response to the quintessential guy movie of 2011. You came with expectations.

But I've got nothing. I've let you down. I'm not trying to make excuses, but believe it or not, this is the morning I've had. 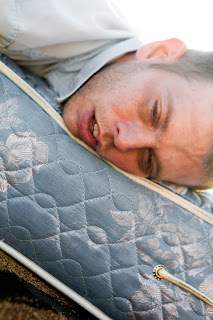 Two weeks ago, my good friend Chris from The Man Registry commissioned me to write a review for Bridesmaids. So I went to the screening on his behalf and wrote a little late night piece called Bridesmaids: Why Hangover 2 Should Be Worried.

Naturally, Chris wanted a follow-up. He wanted me to judge the two side by side, to see if the boys of the Hangover 2 surpassed the maidens of Bridesmaids. But this is where I wake up. 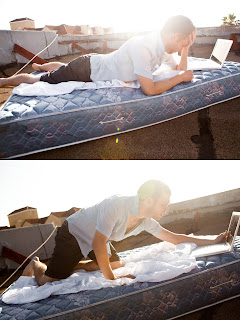 How the f*** did I get on this roof? How did I manage to drag this f***ing mattress up here? Why do I have nothing written down? 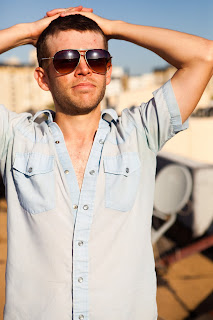 The "oh shit" moment
You know what ... Hangover 2 should be worried. Worried that a mother might mistakenly bring her nine-year-old daughter to this movie. Worried that moviegoers might develop post-traumatic stress. Worried that people will think that a romantic rom-com like Bridesmaids will prepare them for this.

The genius of The Hangover 2 is its ability to one-up itself for two hours straight. Like its prequel, it takes a while to get there; but once you're there, it's full throttle. Groom Stu Price (Ed Helms) goes through more shit than the editors of The Real Housewives of Orange County ... but I won't speak a word of it here. It's too good to spoil. And even if I did let something slip, you wouldn't believe me. You'd think I was exaggerating. 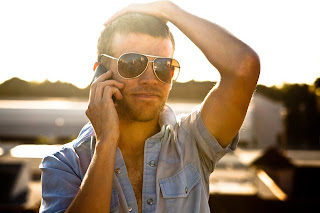 "Chris. It's Brian. I'm sorry, man. I really did it this time."
By comparison, Bridesmaids is that film you put on repeat at daycare while you wait for mommies and daddies to arrive. It's cute. It's got a nice little message about being yourself or something. Hangover 2, on the other hand, is the product of Todd Phillips' twisted childhood and what must have been HUNDREDS of nights of binging and excess. Hangover 2 is pure filth, in its filthiest and most beautiful form.

Embrace it. And then shower immediately afterward. 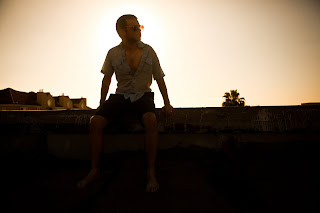