You stupid groom. You big fat know-it-all. You thought you had it all figured out, you big assuming mess. You blogging enthusiast.

You probably thought you were done with the gift registry bit, didn't you? You'd survived it like a bad root canal. You'd made it out in one piece. You wrote a blog post about it. It was cute-ish.

But didn't you even for a second consider (didn't it even cross your vacant mind) that it would never be over. That on those long, lonely nights, when you were out with the "boys" and she was at home, "working," that she would browse. Click. Cart. Online shop. 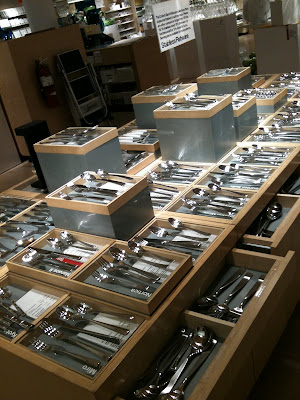 But they're all the same!
Couldn't you fathom it -- she -- going into the list that you'd created -- that you'd created together -- and adding to it. Wanting more. Needing more. Couldn't you see her saying, "But these dragonfly-shaped cookie cutters could really come in handy," and you wouldn't be there to say, "No, first of all, I hate dragonflies, they kind of creep me out, and no, they seriously wouldn't come in handy," so she adds them. Damn them. They make it so easy:  + Add to Gift Registry. 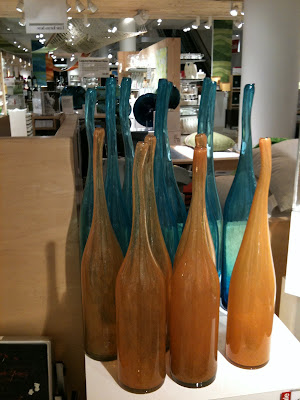 But what ARE they?
Couldn't you predict, when you're walking through any mall (because they all have them, you know, they're like Starbucks, really, it's a disease), any mall, and you don't have a specific agenda, you don't have a movie to see, that she would want to go in?
It begins with the "Let's just print out the list and see what we've got already." And then she pretends she doesn't remember what those things are -- "What whisk might that be?" -- so she can go visit them. She picks them up and caresses them and tells them they'll be hers some day. And then she remembers -- there are a couple things she wanted to look at. Just a couple things... 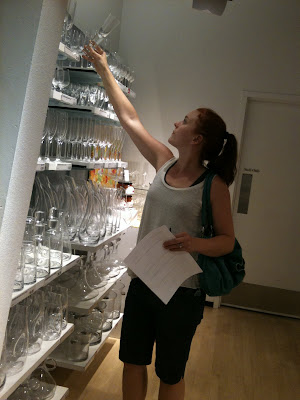 You'll be in glassware for hours, you stupid groom.
And it's oh, hours later, and you've seen everything in the store -- twice -- and you've got sores in places where you're not supposed to get sores, and you've got this list you don't even recognize, and -- let's face it -- the only reason you're leaving is cause the store closed 20 minutes ago and the employees are beginning to throw dragonfly-shaped cookie cutters at you.
You silly man groom. It's never over. It'll never be over.
Posted by Brian