On the red-eye to Chapel Hill, NC, knowing I had less than 24 hours to get mom and dad's approval, retrieve her great-grandmother's ring and get back to Los Angeles ... the one thing I wasn't worried about was the excuse.

Justin and I concocted a tale so perfectly spun that no one would question it ... even the woman who knows me best. We'd been talking up a trip to Joshua Tree for weeks. We'd drive over in the middle of the night, camp out, climb, explore, do some 'shrooms and then come home around midnight. Justin (being Justin) took it to the next level ... sending me fake itineraries via email, sharing the plans with our friends and being 100% out-of-sight on "Joshua Tree" day as to avoid suspicion.

When my plane was delayed, it was Justin who answered 2E's frantic calls, assuring her that we'd fallen asleep in the desert, awoke in the dark, stopped at a diner and were now headed home (me sleeping in the passenger seat beside him), all without a stutter, without a hitch. So there's no question ... Justin is my best friend. And he's my Best Man.

I thought I'd take this opportunity to give him a voice on the blog, let him charm you a bit and hopefully remind me why I hired him for this gig in the first place. 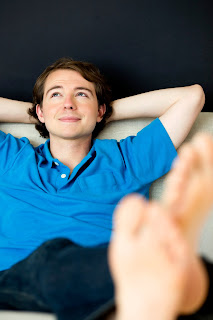 SO ... YOU'RE MY BEST MAN. WHAT ARE YOUR QUALIFICATIONS AND STUFF?
Well, I have no prior experience being a Best Man (except in regional Man Competitions, i.e. Turlock and Monrovia).  However, of the qualifications I do possess for such a position, three spring to mind: (1) I know and love, and have known and have loved, both the 1E and 2E's for as long as they've known and loved each other; (2) 2E's does not hate me an unacceptable amount; and (3) I can almost recite The Big Lebowski by rote in its entirety.

WAIT, I'M SORRY ... YOU HAVE NO REAL PRIOR EXPERIENCE?
No.

TELL ME YOU'VE BEEN MARRIED AT LEAST...
Negative, but I did grow up on a block where most of the families contained someone who was married. And I have multiple relatives that have been married AT LEAST twice.

JESUS, CAN I RETHINK THIS?
Well, I'm not Jesus, but if I were, I think I would tell you to quit your whining and live with it cause this is gonna be hella awesome!

ALRIGHT JESUS, YOU WIN. WHERE DO YOU THINK YOU'LL TURN FOR GUIDANCE ... SPIRITUAL OR OTHERWISE?
I've often found the Bible to be particularly useful in situations like this. (Ha ha, just kidding.) No, as always I will turn to The Big Lebowski. And perhaps the long-overlooked, 1992 gem, Bride of Killer Nerd. 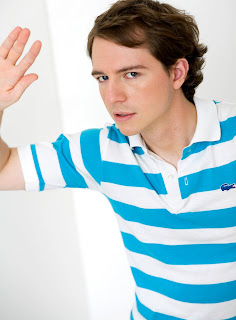 RATE YOUR BEST MAN SPEECH IN ADVANCE:
I think there are at least two, but if you're referring to the one on the actual day of the wedding ... on a scale from one to awesome...? Awesome being ten...? Eh.

RATE MY DANCE MOVES:
Keep up that regimented practice schedule for the next year, and you should be at least acceptable in Slow, Modern, Tap, Jazz, Classical and Modern.

IMPRESSIVE ... BUT LET'S GET SERIOUS. WHAT SHOULD I BE EXPECTING FOR THE BACHELOR PARTY?
2E's is reading this, right? Then let's go with:

Quiet night at Starbucks with pals drinking earl grey and reminiscing in a circle about how their good chap, Madman -- once a groovy single dude -- is now taking the plunge with his wonderful, wonderful bride-to-be ... and remarking how undeserving he is. You are. Of her.

(Note: Part of this answer is true. Guess which part.)

THE EARL GREY PART?
No. 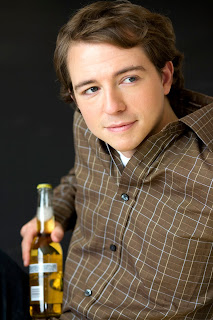 OKAY, CRUNCH TIME: WHAT DO YOU DO IN THE FOLLOWING DIRE SITUATIONS?

1. THE RESTAURANT HOSTING OUR REHEARSAL DINNER IS ONLY SERVING MICHELOB ULTRA ON TAP ... WHAT DO YOU DO?
Easy. Michelob also makes a fine brew by the name of AmberBock. I've already arranged for private, last minute distribution. If that falls through, we drink the beer I was going to use to bribe the Falafel vendor who needs to relocate his inconvenient truck for the evening of the reception.

2. THREE HOURS BEFORE THE WEDDING, AND I'VE MISTAKEN A BOTTLE OF QUAALUDES FOR A BOTTLE OF ASPIRIN ... WHAT DO YOU DO?
Simple. Induce vomiting. We'll practice at the bachelor party.

3. THE CATERERS HAVE FORGOTTEN 2E'S VEGETARIAN ENTREE, PAULY SHORE HAS CRASHED THE RECEPTION AND SOMEONE JUST REQUESTED "THE ELECTRIC SLIDE" ... HOW MANY ASSES DO YOU HAVE TO KICK?
Only one. Pauly is a cater-waiter and is most likely the one requesting the electric slide. I would break his legs and cut his tongue out behind the DJ booth.  I'll also keep a head of lettuce in my back pant pocket.

ANY WORDS OF WISDOM FOR THE OTHER BEST MEN OUT THERE?
Two things: (1) don't hire girls off the street, at least none with less than four teeth who reek of snapper; and (2) make sure your boy is dressed, on-time and at least sober enough to -- at the right moment -- nod and smile.