Damn you, South Carolina, and your ... liberal ways

In some ways, South Carolina is still behind the times ... but when it comes to marriage requirements, these Southern Carolinians know how to roll. 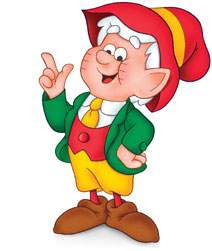 The NYC Marriage Bureau, on the other hand, is a total buzz kill. You think one of the most liberal cities in the union would be a little more laid back when it comes to marriage. Hell, you think they'd allow Ernie the Keebler Elf to register as an officiant if he filled out the right paperwork...

...but I can see the Union Square demonstrations now. Signs reading, if that dang elf can marry someone, so can a squirrel! Well, little do they know that Ernie is infinitely more qualified than a squirrel. He wears formal attire, comes travel-sized and is apparently a billion years old. He's hella wise. And he brings cookies. When's the last time you saw a squirrel bring cookies to anything.

For once, I wish New York would take after the great state of South Carolina, where a notary public is permitted to officiate a ceremony. Becoming a notary, thanks to all of the e-courses available, is so much easier (and so much less complicated, and less controversial, and less of an ethical conundrum) than becoming an ordained minister online.

Ugh, now I'm stuck on this elf thing. And I need a cookie. Damn you, Ernie.
Posted by Brian